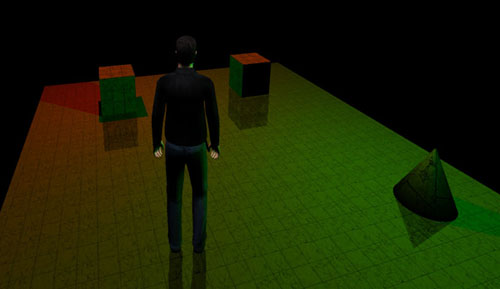 This tutorial will explain how to set up reflective surfaces exported by Korman.

Reflective surfaces in URU are achieved with environment maps, a special type of layer that uses the surroundings to create a reflection.

In URU, there are three types:

For this example, we'll use a flat plane that has been UV mapped. 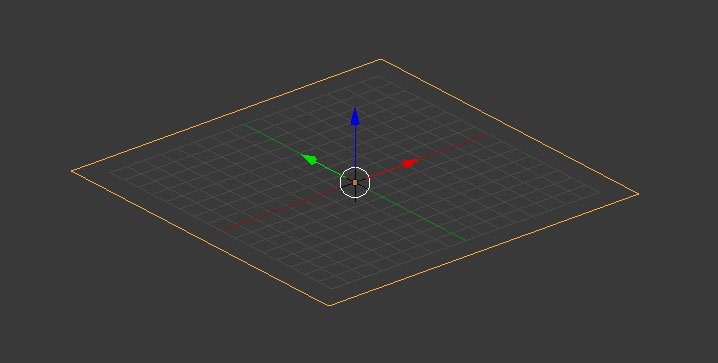 For the environment map to work, we need a separate Empty object.

You'll want to position it at or near the center of the reflecting surface, and for height, you'll want it just level with your surface.

This is because the Empty will tell the game engine exactly where to "mirror" the associated objects relative to your material's surface, so if it's not level, the reflection won't look right, particularly for objects on or right next to the reflective surface.

Here's our example plane with a properly placed Empty, viewed from the side and from the top:

In the example above, the plane is orange while the empty is a darker orange.

Select the Empty and name it something unique that you'll remember. Next, switch over to the Properties window and choose the Physics button. 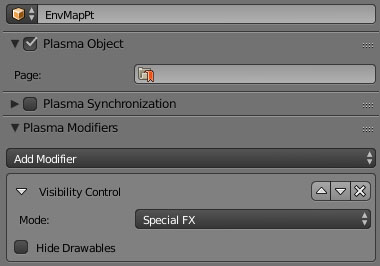 At this window, click Add Modifier, then choose Visibility Control.

In the Mode drop-down menu, choose Special FX, then make sure Hide Drawables is unchecked.

Make sure the Plasma Object box is ticked or your reflection may not appear in the correct position.

Your Empty is now properly set up for the environment map.

Next, we go to our plane. Let's add a material, then a regular texture for a bit of surface detail.

If it's required, an environment map's opacity can also be animated.

Setting Up the Texture

Once you have the material set and the textures in order, it's time to set up the environment map texture. 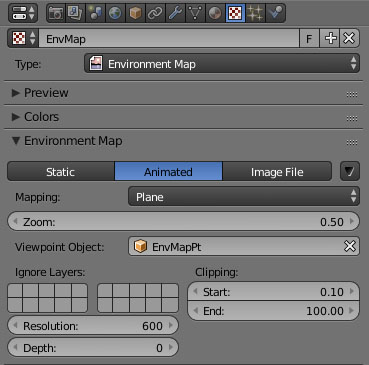 For Type, switch to Environment Map. A panel like the one above will appear.

Most of the settings can be left alone, but there are a few to change.

Next, choose your Empty as the Viewpoint Object for dynamic camera maps. For regular environment maps, you can choose the reflective object itself.

NOTE: The Clipping start and end values determine how far into the distance the environment map will render. If your Age is wide open, you'll want to increase the End value.

After that's done, scroll to near the end of the Textures window to the Plasma Environment Map panel. 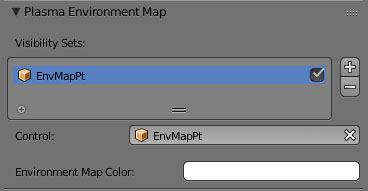 In this window, press the + sign to add a new Visibility Set. Next, click in the Control box and choose the name of your Empty object.

NOTE: it is best to use only one visibility set here for dynamic camera maps. Regular environment maps can have multiple controllers.

The Environment Map Color is the solid color the environment map will reflect if there is only void to reflect (ie no objects) or if things go beyond the Clipping end value mentioned above. If you have a darker Age, black is usually the best color for this, while white is good for brighter Ages. You can change this color to whatever looks best for the situation.

If we were to export now, the environment map would still only be the one solid Environment Map Color. To reflect things, we need to attach a Visibility Set modifier to each object we want in the reflection.

Select any object you would like to reflect. Switch to the Physics panel of the Properties window and click Add Modifier. Choose Visibility Set.

Much like the texture from earlier, we want to press + to add a new Control. Click in the Control box and choose the Empty object with our Visibility Control.

You can add as many Controllers as you like so that the object can be reflected on multiple surfaces.

This will cause the object to reflect on the surface, mirrored at the position of the Empty object. You can do this for as many objects as you like.

Objects that can be reflected

These objects have been tested and confirmed to work: 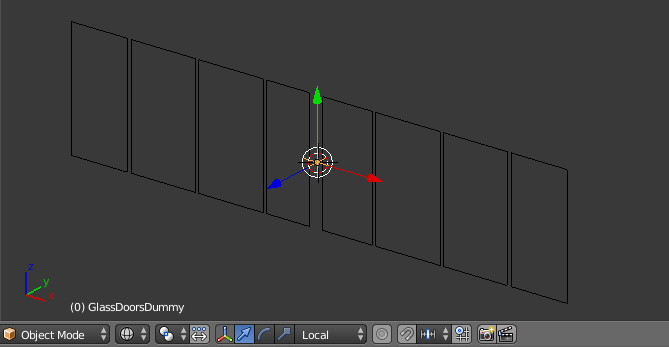 The same concept can be applied to vertical surfaces as well for a mirror-like effect.

The setup is all the same, except the empty object's local Z axis must be pointing horizontally instead of vertically, out and away from the reflective surface.

A few key things to remember about multiple environment maps:

Click that number to make it single user. If there is no number, it's already single user and good to go.

NOTE: Most of these are for dynamic camera maps, which can be the most tricky.