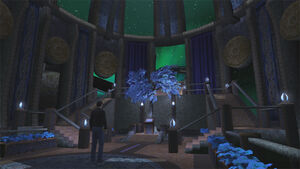 This tutorial will show you how use cameras in your Ages built with Korman.

Korman 0.07 added the ability to export custom cameras to Ages. These are especially handy if you want to have a more cinematic angle as you walk through a particular area of an Age or to just keep the default camera a bit closer behind the avatar.

As a companion to this article, a sample Age blend file has been made available with examples of the different camera types in action. The age has been laid out such that the floor is a colored grid representing the different camera examples. For more information about each camera, click on the easel(s) when you link into the Age. Screenshots and GIFs on this page will be taken from this Age. 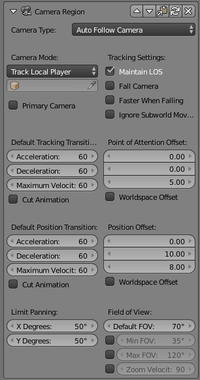 There are five primary types of cameras in Uru:

Each camera object is able to specify a specific object that it tracks in the Age. If this object is set, the camera object's rotation in Blender is discarded, and the game rotates the camera to face the specified object. Additionally, certain camera configurations will accept artist supplied animations.

Uru tracks cameras in game using a last-in-first-out (LIFO) stack. When entering an Age, Uru pushes the engine's default camera onto the stack. This camera is functional, however, in many cases it is non-optimal for Ages. Case in point, in fan Ages that do not specify their own camera, you may have noticed that the third person camera can be panned a full 90 degrees, much more than what is possible in Cyan's Ages.

To activate a custom camera in your Age, you will need to push a camera onto Uru's camera stack. As noted above, it is generally best practice to create a default camera for the entire Age to limit the amount of panning explorers can do. To push a default camera, you will need to create a Camera Region in your Age. To do so, create a mesh encompassing the entirety of your Age. Then, add a Region > Camera modifier to this object. This modifier is shown in Figure 1. When an avatar enters the bounds of the region, the Blender camera specified will be pushed onto the camera stack and activated.

To enable faster building of Ages, Korman does not require a Camera to be specified in a Camera Modifier. You can change the Camera Type to Auto Follow Camera to quickly gain access to a sensible "default" Age camera. This is a Follow Camera that is set to follow behind the player's avatar. An example of this is shown in Figure 2. If you intend to have advanced camera transitions, you will want to change this to a dedicated camera object in the future.

In this section we will examine the camera types in detail. Specifically, we will look at the effects they can produce and how to set them up. This section is intended to be used alongside the camera sample Age.

To create a specific type of camera in Uru, you will first need to create a Blender camera object. You can then adjust its type using the dropdown as shown in Figure 3 via the Blender Camera properties window.

Follow cameras are used to follow either a specific object or the local avatar. To use a follow camera in your age, you will need to set up the camera's Point of Attention under camera mode as shown in Figure 4. In game, Uru will discard the camera's position and rotation as defined in Blender and will move to follow the object you have specified.

Since follow cameras are the most commonly used camera in Uru, the only example of it in the camera sample Age is the default camera itself.

Fixed cameras are perhaps the most feature-rich camera type in all of Uru. The name of this camera indicates that it is "fixed" in place, meaning that it is set to a specific location and rotation and never moves. Indeed, that is one application of this camera type. For an example, see the blue camera region in the camera test Age or Figure 5. To preview how the camera will look in game, select the camera, then either press Ctrl+Numpad0 or in the 3D View, press View > Cameras > Set Active Object as Camera.

NOTE to PyPRP Users: There is no need to turn the camera around 180 degrees after placement anymore. Korman exports cameras correctly, so face the camera exactly as you'd like it to appear in-game.

Fixed cameras do "whatever you tell them to" in reality. You can animate a fixed camera's position and rotation to create cinematic effects as shown in the teal camera region in the camera test Age. Additionally, you can set the camera to additionally track an object or the local avatar while animating. An example of this can be seen in the pink camera region or Figure 6. If you chose to have the camera track another object, the game will determine the camera's rotation, however. This can be observed in Figure 7.

To add an animated camera, you will need to enable camera animation export as shown in Figure 8. To have the animation automatically start, use the Animation modifier's Auto Start option.

For more examples of fixed cameras, check out the pink, red, blue, purple, salmon, and teal camera regions in the camera sample Age.

Figure 9 A rail camera in Uru

Figure 10 A rail camera in Blender

Rail cameras are similar to a follow camera in that they follow the movement of a specific object. Unlike follow cameras, however, rail cameras follow the tracked object by sliding along a "rail" defined in Blender. You can observe this effect in Figure 9. The rail is defined by keyframes on the camera object as shown in Figure 10. Only position keyframes are valid for this purpose--rotation keyframes are discarded on rail cameras. Uru interpolates the camera position among these keyframes in response to the movement of the tracked object. 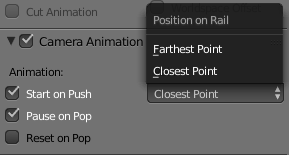 Figure 12 A circle camera in Uru 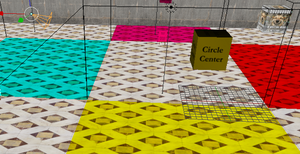 Figure 13 A circle camera and its center object in Blender

Circle cameras are similar to follow cameras in that they follow a specific tracked object in the Age. However, circle cameras follow that object by moving about the circumference of a circle defined in Blender. You can observe this effect in Figure 12. The circle center can be specified as an object explicit object, in which case the circle's radius is defined as the distance between the camera object and the center object. This is shown in Figure 13. Otherwise, the camera object's position is used as the center position and the radius must be set on the camera object. Additionally, just as in rail cameras, you can set where the camera orients itself on the circle: the closest point or the farthest point. These options are shown in Figure 14.

For more examples of circle cameras, see the yellow and green camera regions in the camera sample Age.

These are settings that can be modified for any camera object (or an Auto Follow Camera region). 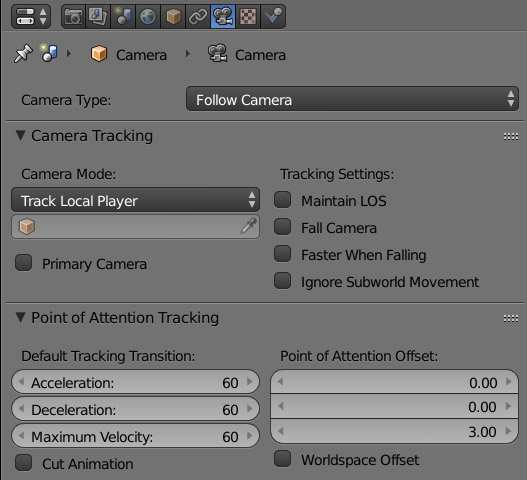 Check any of these that you'd like to apply to your camera: 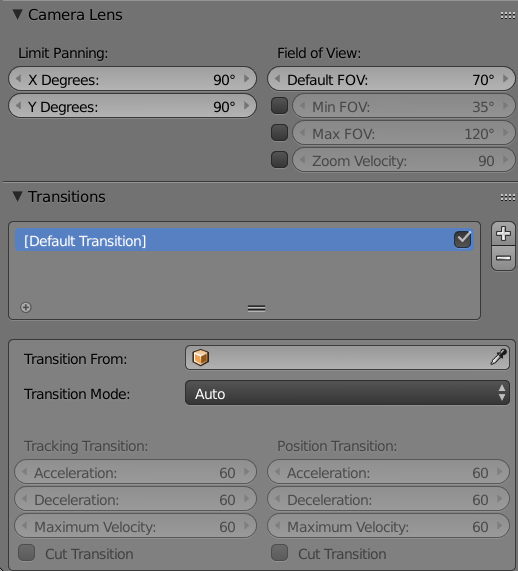 This panel is used to further set up a camera's transitional behavior. By default, this panel is empty.

Start by pressing the + to add a Default Transition. New options will appear.

Some cameras will have extra options appear in the panel after you select them.

The next panel will only appear if you create a Circle camera.

This panel will only be usable if your camera's location and/or rotation have been animated or if it's on a rail.